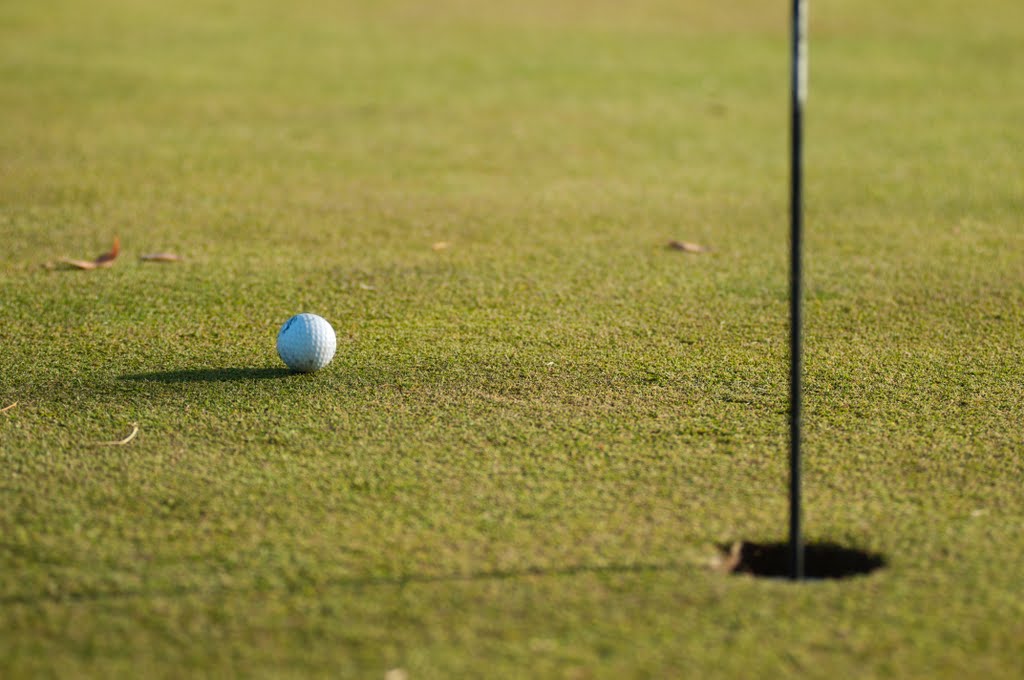 Chapman system has other names, most commonly also called the Pinehurst System.System, Format, Scoring can be used interchangeably, or can be referenced without the added name, simply Chapman or Pinehurst.

The name Chapman came from Dick Chapman, who won the 1940 US Amateur and 1951 British Amateur. He played the Masters 19 times as an amateur, for which he shares the record.
Chapman liked this format so much, he donated trophies to Pinehurst for Men's and Women's Chapman System tournaments, and that is where the nickname Pinehurst comes from.

How you play the Hole during Chapman System

Chapman can be played in a matchplay format, or in stroke play like our Men's Club tournament.

Matt and Molly look at both balls, and have to decide which ball they wish to continue playing. In this case, they decide to play the ball on the fringe, and they can pick up the ball in the bunker. From this point forward, the team plays alternating shots.

Since Matt hit the last shot with the ball they decided to play, Molly hits the 3rd shot, from the fringe. She decides to putt from the fringe, but the putt gets caught up in the damp fringe and leaves the ball 15 ft from the hole.

Matt takes the 4th shot, which he pushes an inch or two to the right of the hole.

Molly takes the 5th shot, taps it in, and they enter a team score of 5 on the scorecard.

Handicap: You can use handicaps with this format, although the exact calculation depends on the tournament director, and the level of players involved.